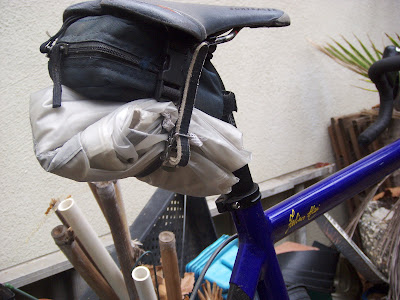 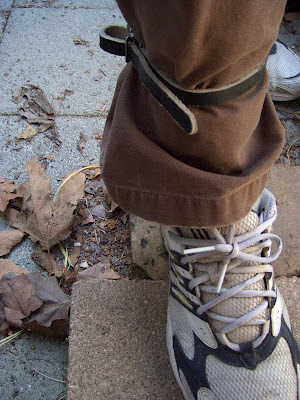 In a dream the other night, I was running along a soft, dusty trail on a ridgeline through mostly low-lying sparse desert chaparral, suddenly, now, reminiscent of some distant Baja memory. Warm thermals were flowing up the ridges and I was flying along on them.

On a trail run the other day, I was descending along a familiar hard-packed brown mountain path through semi-coastal-desert foothill chaparral. Above me and to my right, holding still on his thermal yet keeping pace with me, a hawk shadowed me, for a moment, the two of us flying together.

The Brunch Ride has been going well lately. We’ve had a lot of great Sunday morning rides with a few revolving riders.

Yesterday we linked up river bike paths on the Arroyo and LA River – something I’ve been enjoying a lot lately – even though I’ve become very comfortable in traffic it’s still a pleasant surprise to spin freely along listening to the water splash and gurgle rather than the cars rev and whoosh.

This ride took us down to downtown – is that redundant? It was unusually busy down there yesterday. There was a 5/10K foot race that morning that was just getting completed as we arrived on the scene so our fist choice of restaurant was too busy with people sporting their finisher medals.

So we pushed on deeper into downtown and after barely avoiding the chaos of sirens and dozens of cop cars careening around corners to snuff out an imminent uprising and/or rumble and/or parade and/or I have no idea what was developing – but there were suddenly masses of people flooding the street and huddled cops arriving on the scene and jumping out of car doors and sliding across hoods (at least, that’s what I’m recreating in my memory) and really playing their parts well… wait, was that a scene from a movie or were they filming a movie or was that a dream…

Yeah, so after we made it through that surreality we came across an actual film crew right in front of our next restaurant destination confusing us further…

And then more sirens – this time some sort of very impatient firemen in a truck with a big, load horn…

Downtown felt like a real city – all bustley like New York. Normally, Downtown LA on a Sunday morning is quiet and empty which is why it’s fun to ride around there.

But after all that… we made it to a table and were treated to delicious coffee and the best blueberry pancakes (my favorite food?) I’ve had in a long time – complete with extra blueberries and powdered sugar on top and smothered with butter and blueberry syrup – all while attaining the illusive inch-thick-per-pancake (3) desire – yum – it was worth the hectic approach. Pete’s – 4th and Main.

Thus fueled, and the hectic streets clearing, we pushed on up Sunset Blvd, always an enjoyable steady, mild climb (with a bike lane, even!) past increasingly scenic (with new parkway improvements) Silver Lake Reservoir back downstream on the LA River Bike Path, up Figueroa Street, dinging bike bells grabbing my attention up and across the street to see Josef (Bike Oven founder) riding his bakfiets the other way with a wave and a smile – a nice mindfulness bell moment - past the Bike Oven co-op, back upstream on the Arroyo River Bike Path, to the start/finish pub where we sat on the sunless, chilly patio for ice water and cold beers – self-creating winter conditions.

After several false starts with the brunch run coinciding with several solo Saturday summits (okay, not really summits, but, for the sake of alliteration!) today saw the gathering of the few, the strong, The Brunners (brunch run runners).

It was a cold and stormy morning – read: partially cloudy and a forecasted high of 65 degrees. Mindful Mule met up with Out And About In LA, et al. As usual on these cooler days (it was a little windy and colder than the forecast up on the mountain) I couldn’t figure out what to wear to attain perfect heat/moisture transfer and comfort. But did my best with shorts and a longsleeve shirt and visor – no sun glasses, ditched at the last minute due to threatening clouds overhead, and turning out to be a fine decision but it’s always hard to leave them in the bike basket for fear of theft and or sunbursts.

The shirt was the Mount Wilson Trail Race shirt from 2008 which I sometimes feel a little silly wearing on the same trail and route of the race (which we were running today) but also feel it makes my presence on the trail quite justified and/or nearly official to other trail users.

The final coming to terms with my outfit was the realization that there is really no way to be completely comfortable when you’re running straight up a mountain.

As one might expect with a group of runners that don’t run together very often, we were rather spread out over the trail. So the group brunch run, at times, felt like another solo run. But we were rarely very far apart and once reassembled at the Orchard Camp turnaround concluded that it might just be a waste of precious energy reserves to try to actually run the whole way up. And in fact, a good brisk power walk might be nearly as fast and save energy for the speediest of descents. Of course, this is all taken from the perspective of the race, which this was not.

It was a beautiful (if a bit gloomy) day on the mountain that just happened to provide excellent training and, as I also decided on the trail this morning, trail familiarity, which may be as important, or even more so, than fitness. If you know when to hold ‘em and when to fold ‘em, so to speak, you’re at a huge home-trail advantage.

As much as I’d like to say that this trail run is as much about the beauty of the place, I have to be serious and say that this trail is brutally tough and I’d never really just run it for pleasure – that’s what Brown Mountain is for! I run this trail solely in preparation for the race – every Memorial Day Weekend.

That being said, I’d like to add, that it really is a beautiful place up there that shows you several different eco zones as you ascend. And with changing weather and time and awareness factors it (the trail/place) put on quite a little magic show of awesomeness and endlessness and depth, even fooling me for a moment into wondering what trail I was on and how I’d gotten there and had I just been running here forever on this ever-changing route, never starting or finishing, a Sisyphus-ian spell. That was a great, great suspended moment and the real reason to be up running on a mountain. Of course, decompressing over coffee and treats afterwards isn’t half bad either. 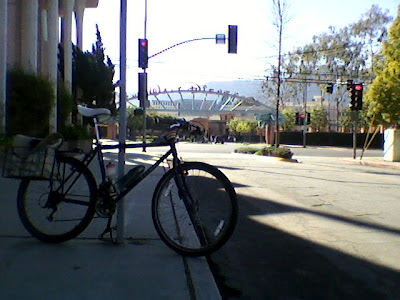 The Wild Places
by Robert Macfarlane, 2007